"F.C. Gundlach is regarded as the most important fashion photographer of West Germany’s early post-war period. His work stands out for its perfect craftsmanship, technical finesse and artful staging, as well as a strong sense for communicating fashion visually.


F.C. Gundlach’s photographic approach can be described most concisely as an epigrammatic style. Reduced to the essentials, clear and economical in structure and prioritizing the precision of communication, his images meld emotional and rational elements in a unique visual language. Sensual and formal factors balance each other out. The photographer’s feel for the material qualities of his motifs is as pronounced as his sense for the construction of images. Portraits, fashion photos, photojournalism and architectural photos are all characterized in equal measure by the quest for coherent visual architectures.

Since the mid 1960s the 28 mm-wide-angle lens is his preferred means of expression. It allows a closer proximity to the models, a more intense interaction in such a way that he can look through the viewfinder while ‘smoothing a wrinkle with his hand’ at the same time. F.C. Gundlach points out that the wide-angle lens also offers a ‘sharper perspective and a higher depth of field.’ " 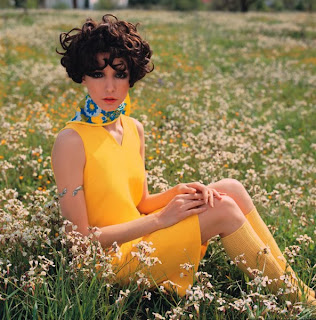 Gundlach is probably one of my favourite photographers now,  I really love his style and all his images seem to tell a story, being very individual yet all sharing similar techniques and style. The image above is a very obvious example of the rule of thirds. The model is the positive shape which draws a diagonal line across the image, the background is then the negative shape. The yellow flowers in the background look as if they've been added or purposely enhanced to bring out the yellow in the models dress. In locational shots like this studio lighting is not likely to be used but the photographed probably had a reflector ( silvery disk which helps bounce light to reduced harsh shadows) as well as an add on flash and maybe a snood. 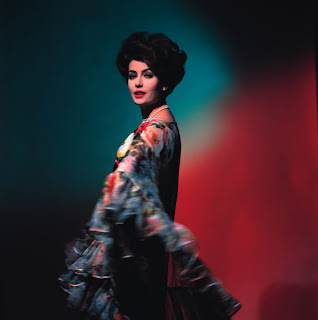 This next image makes use of a longer shutter speed (blur of the dress). The background is probably photoshopped or could be coloured filters on a backlight, these mirror the colours in the dress. 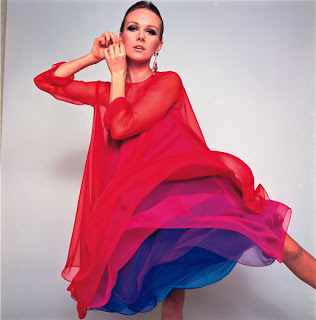 I really like this image. The backdrop is very simple (definitely a backdrop and not photoshopped as the edge is visible in the top left) so the positive shape is obviously the figure. This is a similar image to the previous one however Gundlach's used a quicker shutter speed and captured the motion nicely. 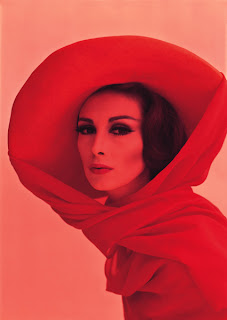 This image has a red colour cast so thats Gundlach's most probably used a red filter on his lighting. Again there is quite obvious positive and negative shape and even though the tones are very similar there is a nice contrast around the eyes and hair. 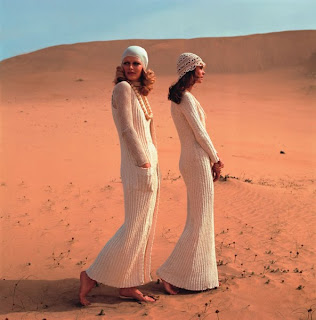 This image is natural lit shown through the shadows, there is a nice contrast in the tones and subtle use of the rule of thirds. 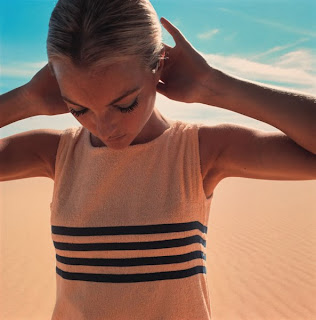 I love the composition in this image, will definitely be experimenting with similar poses and angles. Nice vintage feel to the image, slightly grainy so maybe taken on a film camera? Nice contrast between the sky and the sandy colours which are also mirrored in the model. 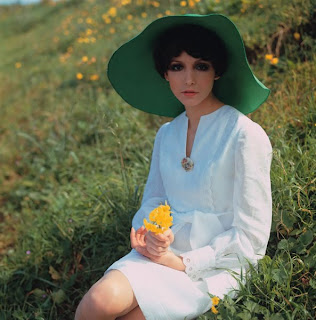 The above and below image are similar to the first.  Gundlach thinks about his compositions very carefully and generally reflects colours or pattern from the background in his model or vice versa. I like the hippy theme, which is quite similar to a couple of shoots I have planned. 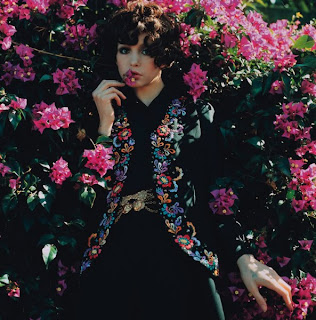 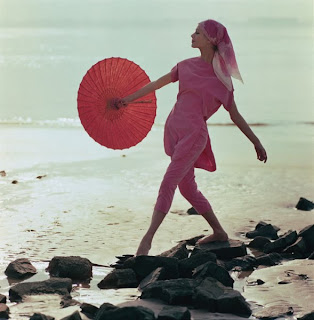 Really like the style and colour themes in this image, would like to experiment with vintage style photography more. 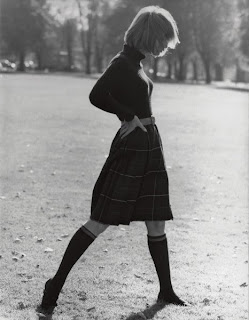 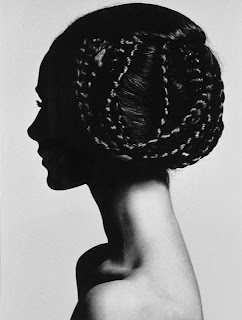 Love the use of lighting and the contrast it creates. Lit from below slight left of the model. 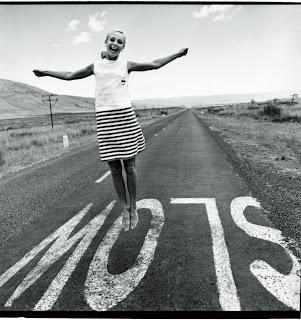